How a Ghana startup is helping to fix the food crisis 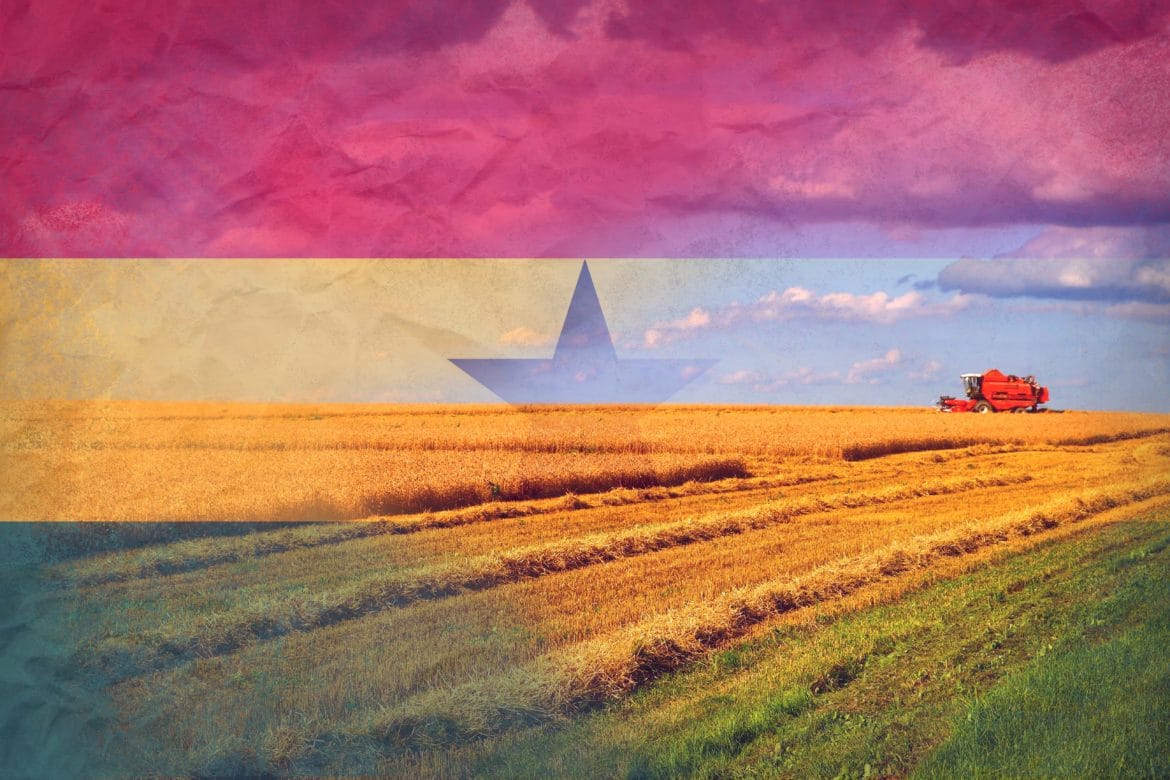 The threat of food security is eminent across in Africa but it may not be for the poorest. With rapid urbanization on the rise in the continent, Africa’s most industrialized cities may be on the brink of a dangerous food crisis.

According to an FAO report on food urbanization (http://www.fao.org/3/I8568EN/i8568en.pdf), urban food markets not only consume 70 percent of national food supply but also record the biggest impact on agriculture’s carbon footprint.

At the same time, Africa’s urban population currently at 472 million is predicted by World Bank (https://www.worldbank.org/en/region/afr/publication/africa-cities-opening-doors-world) to have doubled over the next 25 years. However, even now, Africa cannot feed itself. The continent cumulatively imports 35billion dollars (https://www.afdb.org/en/news-and-events/afdb-to-invest-us-24-billion-in-agriculture-in-next-10-years-17218) of food every year to fill the gap of food inadequacy. Unfortunately, city industrialists have failed to plan for this food crisis.

80% of all agricultural activities in Sub Saharan Africa are owned by rural smallholder farmers with increasingly poor productivity, leaving urban centers with no significant farm activity. Coupled with the deplorable road network, the emerging threat of a food crisis in Africa’s urban centers is money eminent that ever.

To tackle this problem head-on are four recent graduates of the University of Ghana with their urban farming startup, AgriLab.

Responding to the call of the largest student entrepreneurship competition, the Hult Prize, these students started a company that could possibly revolutionize agriculture in Africa, while reigniting a lost interest of Africa’s youth in farming.

After beating competition from 200,000 students globally, the team went on to be grown winners of the Hult Prize Regional in Kuala Lumpur Malaysia before participation in a 5-week accelerator in the Hult Prize Castle in the UK with other top teams from the World’s best Universities.

The urban farming startup utilizes a model of solar-powered greenhouse technology to cultivate Africa’s most demanded vegetables in a fast, efficient and sustainable approach for year-round supply to bulk consumers.

The group has since piloted the project at the University of Ghana with a focus on growing tomato, a highly demanded vegetable crop in Ghana.

The CEO of AgriLab,  Isaac Kojo Yedonu Aboah, elaborated on the need of their enterprise and its focus on tomato.

“When we began our market research, it was quite perplexing for us to realize that the country imports about a 100 million dollars worth of fresh tomatoes every year. We thought if we could provide a local solution to fill this gap, we would not only be ensuring food security, but also give an opportunity for numerous unemployed Ghanaian youth to gain sustainable income.”

AgriLab’s greenhouses would be situated in urban areas to cater for the growing food needs of the city. This close proximity to the city also significantly cuts the carbon footprint of long commutes from rural farms to urban centers.

At a glance, the model seems to be of great need but might suggest that the poor farmer in the village being cut off the value chain. However, AgriLab’s CEO clarified that their farms were to facilitate an unmet need.

“Local smallholder farmers are actually not able to produce enough for Ghana’s need, and they may encounter a lot of productivity and quality barriers. However, with more tomatoes indigenous tomatoes produced in cities, we are both employing people and reducing importation.”

AgriLab is breaking the barriers of traditional agriculture  to grow crops year round, in spite of changing weather conditions, in a controlled environment, free from pests.

The greenhouse technology is on the rise in Ghana’s urban cities. What sets AgriLab apart is how they plan to integrate sensors to record all farm data to monitor efficient production and ensure the highest of quality.

The biggest challenge for city farming is land so AgriLab plans to efficiently use the least possible land through a vertical farming model by stacking plants in layers rather than horizontally to make better use of space and increase yield.

AgriLab has big ambitions of building clusters of greenhouses all across Africa and would need investment to achieve this dream.

“Agriculture is Africa’s gold  mine, not technology. If investors should give this sector the needed attention, the payback and impact would be massive for the entire continent”