I can’t wait to fight in Ghana again – Isaac Dogboe 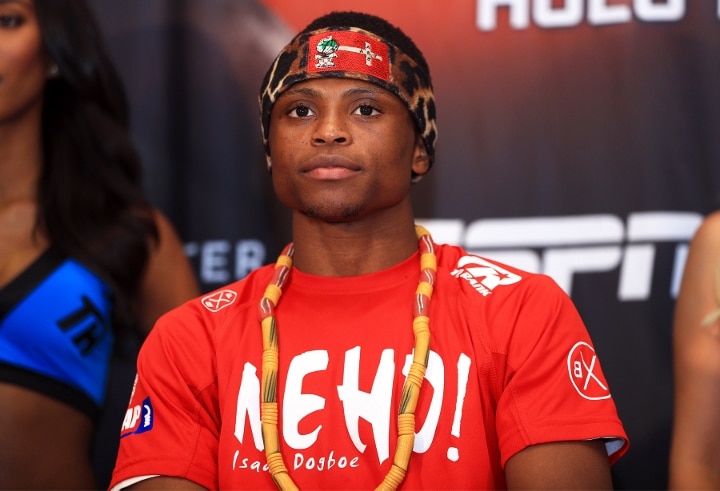 Isaac Dogboe, the ex-bantamweight star has disclosed that he is planning to stage another bout in Ghana. According to the champion, it’s been some years since he fought in the country and he can’t wait to treat his fans with another bout. Dogboe’s last bout in Ghana was a win against Mexican boxer Cesar Juarez.

Speaking during an interview, he revealed that talks are being held with relevant stakeholders to attain that plan. “It’s been 3 years since I fought in Ghana. I am itching to fight in Ghana because the atmosphere is different. I know that given the conditions right now we have to put things together. We are speaking with the right people for us to do such a thing. The Rising Star Africa Promotions are open for business and hoping to stage a fight here in Ghana.” He stated.

The ex-bantamweight star also said that he is looking forward to another bout with Emmanuel Navarette who defeated him in 2019. “Navarette is my nemesis like a demon that refuses to go out of your head and has been my toughest opponent since my professional career began. Navarette is one person that before I retire from boxing, I have to fight. It will happen, I’ve moved up to the featherweight division, he’s now the featherweight World Champion so there’s no doubt, it will happen when I become mandatory, he can’t deny me,” he said

Amoako Attah says that the government will assist the local contractors with art equipment at affordable interests.