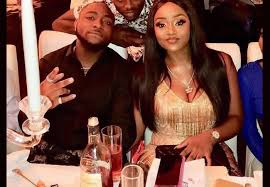 Speaking during an interview Davido disclosed that he had a lot of pressure of marrying his lover Chioma. He stated “After the Assurance video, Chioma received hate messages from people. Her parents even got hateful messages.

“Before the Assurance video, our relationship was so good. The dynamics between us changed after our relationship became Public. It was like everybody’s relationship and business. I felt pressured at some point to officially do the wedding but now I don’t. At the end of the day, it’s between both of us and our families.”

Answering whether they will still tie a knot he said “We would get married but not now. We are trying to make the foundation solid and I’m so happy now that Chioma is focused on making money. “We are not riding on the wave that people want this for us.”