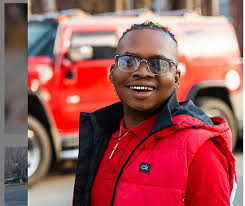 Nana Tornado, a Ghanaian entertainer, has revealed that he no longer respects Prophet Ebenezer Adarkwa-Yiadom commonly known as Opambour. Prophet Adarkwa-Yiadom ministers at Ebenezer Miracle worship center and for some time now he’s been in disagreement with fetish priest, Nana Agradaa.

In a viral video, Prophet One is seen insulting Nana Agradaa. His Junior pastors are also giving him support and their insults were very harsh. Even though Nana Tornado, had recently said that he will no longer associate with his Christian friends, he has still responded to the prophet’s insults. He condemned Opambour’s action in a video.

Nana Tornado could not believe how a man of his class would insult a fetish priest. He emphasized that he no longer like this prophet as he used to sometimes back. He further disclosed that the love is slowly diminishing because of his unquestionable behaviours.

Prophet Adarkwa-Yiadom behaviours are a major contribution as to why Christianity is not attractive to this Ghanaian entertainer. Nana Tornado insisted that rather than going to the fellowship at Ebenezer miracle center he would better use that time to go for ‘sika gari’.

Akosua Pokua says that she prefers family to career