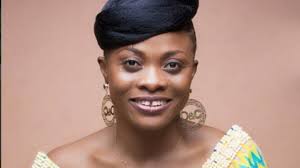 According to the musician: “I am very happy in the first place because this will make my fellow Christians wake up and start thinking deep, therefore anybody that will rise up against what Hon Kennedy Agyapong is doing doesn’t like the truth and you see God is using coronavirus to shake the world. I heard people saying Honourable is doing destroying the work of God, but who is Kennedy to destroy the kingdom?”

Diana Asamoah concluded by saying that nothing would happen to Agyapong since he was fighting for God’s children.