Home Entertainment Is Fella Makafui and Medikal Getting Engaged on the 7th of March?
Entertainment 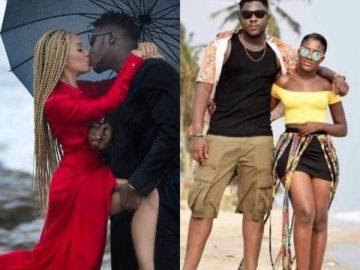 Fella Makafui and her boyfriend Medikal seem to be ready to take their relationship to the next level. From the look of things, there will be wedding bells very soon. A leaked flyer has revealed that the two love birds are getting engaged in March. The flyer indicated that the engagement will in Accra, East Lagon on the 7th March 2020 at exactly 10 am. The flyer was leaked online by @thosecalledcelebs and the online reaction was amazing from the fans of the celebrities.

Fella Makafui is a Ghanaian actress and philanthropist born on 19th August 1995 in Volta Region Ghana. She is famously known for her role in a popular Ghana series called Yolo. Makafui is a graduate of the University of Ghana which she attended after completing her senior school at Kpando. Before acting, the superstar started her career as a model. Since her debut in acting, she has featured in movies such as Once upon a family, Swings, Chaskele and Kanda River. Her role in acting has seen her win two awards which include the Most Promising Actress of the Year at the City People Entertainment Award and the Golden Most Promising at the Golden Movie Awards all of which she won in 2016.

Medikal is a Ghanaian musician popular for hit songs such as Father which he has featured Nigerian artist @Davido. Other songs from Medikal include Omo Ada and How much which he featured @Sarkodie. Interaction between Medikal and Fella Makafui started a year ago before they released a song together called Ayekoo. At the time Medikal was dating Sister Deborah who accused his on cheating on her with Fella. According to Sister Deborah, Medikal had saved Fella as ‘Carpenter’ in his phone and she is the reason the two went different ways.