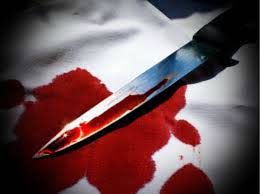 A jealous man identified as Manso has allegedly stabbed his ex-fiancee’s lover to death in the Eastern region. Manso is said to have become jealous after his ex-lover Akos left him to date the victim. Akos and Manso are said to have a child together but the former is said to have called it quits.

An eye witness identified as Michael Larbi narrated that Manso followed the victim to his ex-fiancee’s house where he stabbed him several times. Akos then called the victim’s father narrating the ordeal. The father of the deceased however said that his son’s body was found in a cemetery. Manso and Akos have since been arrested