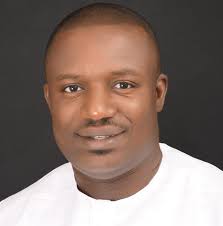 Yapei-Kusawgu Member of Parliament John Abdulai Jinapor has called for the prosecution of the individuals involved in the illegal termination of the Emergency Power Agreement with the GCGP Limited. Jinapor insisted that serious action should be taken against the culprits since the wrongful termination of the Emergency Power Agreement has not only caused a huge financial loss to the state but has also tainted Ghana’s image in the International community.

“If you refer to the document from the International Court of Arbitration, paragraph 492 of the 194-page document it is clearly stated that if the Minister and the State had opted for a settlement termination, we would have paid a maximum of eighteen (18) million dollars.

What it means is that the state would have saved a whopping hundred and forty-six(146) million dollars, if we had even opted for a settlement, on the contrary, this government decided that they will terminate the agreement against all expert advice, against advice from the minority, against advice from civil societies and today we are saddled with a hundred and sixty-four(164) million dollar debt that we have to pay when we could have settled for only eighteen(18) million dollars,” the Yapei-Kusawgu lawmaker stated before proceeding on to say, “those responsible for this avoidable judgment debt and financial loss to the state must be held liable and punished for this crime against the state”.

The legislator’s sentiments follow a ruling made by the International Court of Arbitration that ordered the government of Ghana to pay $ 134 million to GCGP Limited for the premature termination of the Emergency Power Agreement.

“…The government of Ghana shall pay GPGC the full value of the Early Termination Payment, together with Mobilization, Demobilization and preservation and maintenance costs in the amount of US$ 134,348,661, together also with interest thereon from 12 November 2018 until the date of payment, accruing daily and compounded monthly, at the rate of LIBOR for six-month US dollar deposits plus six percent (6%).” The ruling stated.

Jinapor’s sentiments have been backed up by Bobby Banson, a private legal practitioner who has suggested that the legislature should always be involved in the decision-making process that calls for the termination of all government international transactions.

Over 80% of Ghanaians Wants the LBTQI Office in Accra Closed, a Survey Reveals