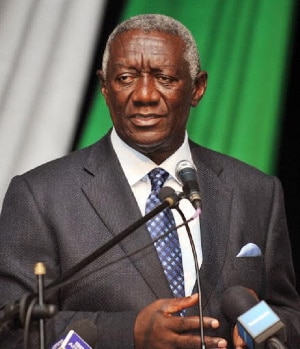 Former President John Kufour has rated Akufo-Addo and the performance of his party NPP at 70%. The former president said that he believes the economic policies put in place by NPP would be enough to fight corruption.

This has come barely two days after NPP launched their manifesto in Cape Coast. Reacting to the promise by NPP of free school, water, and electricity, the former president said the three would help fight corruption.

According to the former head of state: “The economy was bad when they took over from John Mahama but when you look at the performance so far, with the creation of the new regions; Ghana is better placed for development.

“With the Covid-19 pandemic and how it has been managed. Look at other countries like China, the US, UK, and other big nations were scattered. Akufo-Addo and his government have been able to manage it well and that leadership.

“I look at Akufo-Addo and asked, have you been given an injection to perform this way? Because looking at the development, it is marvelous.”