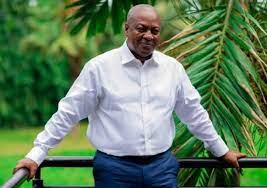 The Opposition leader, John Mahama has requested President Akufo-Addo to finish all infrastructural projects that were started by the Preceding Governments. Mahama said that Completing these projects will ensure Taxpayers’ money is used appropriately.

“No reasonable Ghanaian can feel happy when taxpayer funds are put into projects and they are not ready to be used for the benefits and use of projects just because the government changed and, so, the projects are left standing without being completed.”

He lamented over the incomplete projects that were started by his government. “It’s not just the E-blocks. The E-blocks have been one example but there are also hospitals that were building. Bolga Central Hospital, we did the first phase. We were supposed to get some equipment from Saudi Arabia to finish equipping it so that we could utilize the first phase and we also programmed the second phase but that has come to a standstill over the last five years. It is sad to see something like that because I said during the campaign is not my money”

“Right now our focus should be on encouraging this president and his government to do what is right so that things get better in our country so that anybody can take over in the future can move it to the next level,” Mahama stated.

IEA Has Requested China to be More Transparent with African Nations.

An NDC MP has said that a large amount of Money was Deposited in her Account.