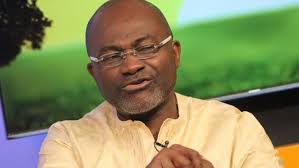 Kennedy Agyapong added that he is always surprised when his party New Patriotic Party (NPP) keeps on advising the youth to go into farming. According to the MP: “When you wake up in the morning and you pray that God let me be poor, then you go into farming. I challenge the government; what are the inputs for you to go into farming? They are just talking. I’ve been there and I’m telling you, if I go to university, I will not go into farming. Hell no!”

Agyapong added that he failed at farming because of litigation and not because of his management. He went on to warn people against starting businesses in the village noting that they will steal from you.