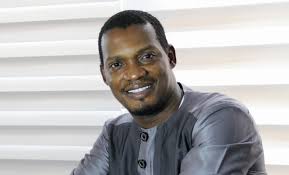 Celebrated Ghanaian artiste manager, Kwasi Ernest has requested former President John Mahama to apologize over his recent comment about celebrities endorsing political parties. During an interview, after Sarkodie and Samini released songs related to endorsing NPP Party, the former president said that he wants to discourage celebrities from endorsing the NDC party. John Mahama claimed, that celebrities’ Careers can be destroyed because some party leaders react differently about their endorsement songs.

Nevertheless, Kwasi Ernest, the Chief Executive Officer (CEO) of Media Excel, Kwasi Ernest pointed out the former-President lies during an interview. He named the celebrities who have endorsed the NDC flagbearer, such as Shatta Wale who performed at a rally of the NDC in 2016, and Mr. Beautiful who have declared their support for the NDC party.

Kwesi Ernest Insisted that the NDC Presidential candidate spewed does not speak well of him as a Christian therefore he has to apologize and confess.

Students with PTA arrears to be sacked – Dr. Matthew Opoku