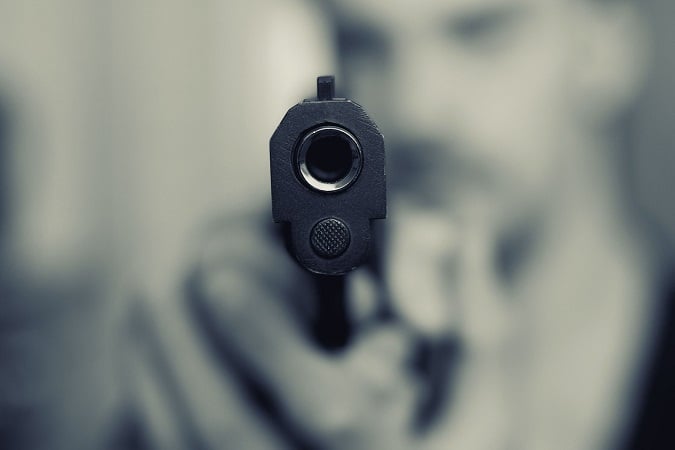 A landlord has shot and killed a tenant for refusing to vacate his house in Accra. Visiting the scene of crime you could see a pool of blood and some used cartridges. The victim was rushed to hospital by the area police but was pronounced dead on arrival.

The landlord who was only identified as Kankam was later arrested in his residence. Police also recovered two guns which were fully loaded. He is currently in police custody as police conduct further investigation before arraigning him. The body of the victim is currently at the Police Hospital Mortuary. Police indicated that they were going to conduct autopsy before releasing the body for burial.