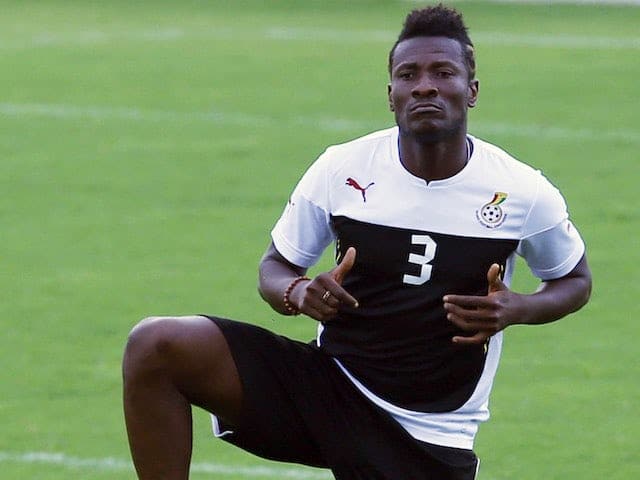 On Friday, Asamoah Gyan was impressed by his performance for local side Legon Cities in the Premier League (GPL). It was the first match from the time he left Liberty Professionals to join the Italian Serie A club Udinese in 2003. The skilled player took to the pitch for GPL action as The Royals and Medeama played out a 0-0 draw in a match week three fixture at the Accra Sports Stadium. He replaced Raphael Ocloo in the 70th minute.

Speaking after the game Gyan said, “I am very much excited to be back home. This is where the name, Asamoah Gyan started and it feels great to play in the league again after 17-years”. “I am very much satisfied with the game tonight. It’s a positive one. We need to approach the next game with this same mentality and I believe soon the wins will come.”

In October, Gyan joined Legon on a short-term contract, after been inactive from the time he left Indian Super League outfit NorthEast United in January. Due to a lack of match fitness, he waited until matchday three to perform for his new club.

On the first matchday, The Royals drew 1-1 with Berekum Chelsea, without their marquee signing. They were later beaten by the Great Olympics 3-0, which resulted in the sacking of coach Goran Barjaktarevic.

“He [Gyan] was super,” interim Legon Cities boss Wahid Mohammed stated after Friday’s fixture. “You could see that all the touches he had were fantastic. He had a positive game but we should expect more from him. He will lose some few pounds.”

“He is only 30 percent fit that’s why he started from the bench. When we get him even 50%, we will win the league, trust me.” “Saying you can challenge for the league is very easy,” Gyan said earlier this month, as reported by Football Ghana.

“You can purchase all the best players in the world but without knowing what you like, we cannot be successful. “We have to play some matches before we will know whether we can win the league or not.

“The most important thing is that management is doing their best because they’ve signed players, they think can help the progress of the team.”

Gyan’s career has enabled him to attend various Africa Cup of Nations (Afcon) and 3 World Cup tournaments with Ghana. Besides, he has been featured for the likes of Sunderland and Stade Rennais.