Home Culture Man, 26 commits suicide after discovering that his father had died when he was young
Culture 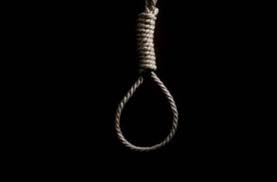 A 26-year-old man has committed suicide in the Ajumako Anyako Essiam District. The man is said to have been angered after discovering that his father was not alive as indicated by his mother. The deceased mother had lied to him that his father lives abroad. The man had waited for more than 20 years to see his father.

Recently when talking to his mother, the mother told him that his father was coming from abroad. The excited man told his friends that when his dad comes he was going abroad with him. When the time came for him to meet the father, his mother told him again that he had traveled again. It’s at this point that someone else told him that his father had died a long time ago when he was young.

The man felt betrayed by his mother and threatened to commit suicide. People said that the man tried committing suicide two times before succeeding in the third time. The man said that he could not understand the reason as to why his mother would lie to him about the whereabouts of his father.

The body of the young man was found in a bush nearby and was taken to the Breman Asikuma Mortuary. The sister to the deceased is also said to have threatened about committing suicide also. To prevent the double tragedy she was handed over to the police for counseling.

Police said that they had commenced an investigation and would interrogate the mother of the young man. Several people confirmed that the father of the two died more than 20 years ago when the two were very young. It is however not clear why their mother decided to keep it a secret. Funeral arrangements are ongoing in their home village.