Home News Man injures his mother because he is sterile
News 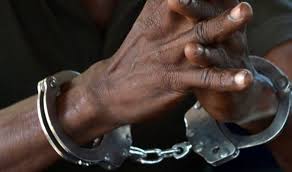 A 45-year-old farmer from the Twifo Atimokwa village has been arrested for beating and deep cutting his mother several times over his inability to get children. The man who was identified as Kennedy Adu is said to have been blaming his mother for his sterility. He has been married for several years and he is yet to get a child something which made his think he was sterile. It’s not clear whether he visited any hospital to prove that he was actually sterile.

According to the district police commander the suspect lives with his mother and his wife. On the night of the incident he is said to have come home and started beating his mother. He went on and started deeply cutting the mother. His younger brother is said to have tried separating two and the suspect also got injured in the process. The suspect’s mother is fighting for her life at the Twifu Praso Hospital. The suspect is also at the hospital and will be arraigned after recovering.