Mentor made me popular; it didn’t make me rich – Odarky D’Andy 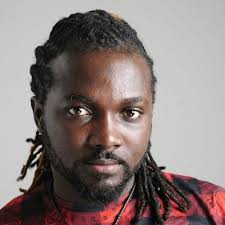 Odarky D’Andy of season one Mentor fame has revealed that the reality show, which he emanated first runner-up of, did better his life but didn’t make him wealthy.

Talking during an interview with DJ Advicer on Happy 98.9FM, he remarked that Mentor gave him the publicity he required, he was able to perform at big shows, got signed on a record label, and many more, nevertheless, he never became a wealthy man and he still is not one.

He remarked, “I don’t know your definition of a rich man but as for money in the pocket, I don’t see that to be riches. My life did change and I grew. I won’t say otherwise and be unappreciative of my fans and promoters. God has also done something because when I hadn’t gone for Mentor, I was just a barber in my shop doing my own thing but I wasn’t exactly rich”.

Andy admitted that joining Mentor was necessary since it made him popular with his song ‘Sweetie’ so much that he was caught up performing at shows and didn’t get to advance the other songs on his album.

Besides, on why he has been MIA from the music industry for years now, Odarky illustrated that with music, it is significant to have the correct people to assist with the putting together and promotion of songs but he has not had that team, therefore his disappearance from the scene.

He added that “The first contract that I signed was a ten-year deal and it ended four years ago so I am now picking up things so I can put out some more music”.