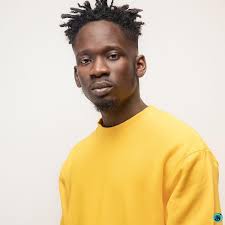 Nigerian superstar Mr. Eazi has been listed in the Forbes 30 under 30. The singer was listed for his industry-changing ideas in the music industry. In Africa, the total number of nominations was 3000.

Mr. Eazi is the brain behind Empawa Africa, an entertainment platform that discovers and equips talent in the African continent. Through his platform, he has discovered some good talents such as Joe Boy who has taken the industry by storm.

According to Forbes Africa: “ Mr. Eazi’s ascent to global stardom has seen him clock over 280 million YouTube views and more than 4.1 million Spotify streams per month, making him one of the most streamed African artists worldwide.”

“By now, Mr. Eazi is establishing himself as an entrepreneur as well. After founding empawa in 2018, he has been on a global campaign to mentor and fund African artists.”

“His success has also seen his perform on global stages in the UK and the US including being one of the only two African artists to play the World’s most prestigious festival, Coachella in 2019.”

Mr Eazi began singing while studying in Ghana. During his time in school he promoted concerts and parties.

Wendy Shay says she should only be compared to Beyoncé