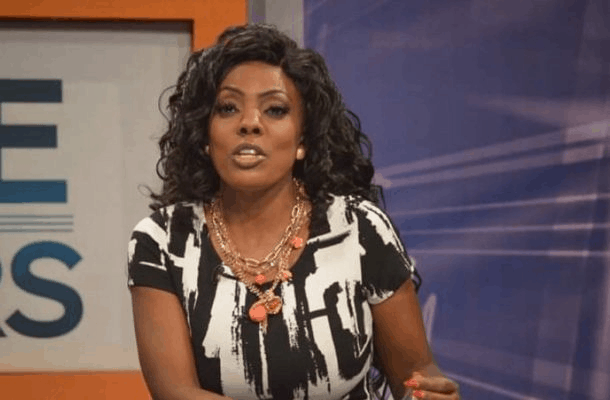 The Ace Tv Presenter Nana Aba Anamoah has caused a major stir on social media after a video of her went viral, where she bluntly questioned the President of Ghana, Akufo Addo about his achievements.

Anamoah dared Akufo Addo to talk about his achievements and the facilities he’s provided for Ghanaians since he came to power. She expressed her dissatisfaction with President Akufo Addo’s nagging remarks on Mahama’s failure to run the country. Anamoah says that Ghanaians are not interested in what Mahama did and what he did not do, they want an improved lifestyle. Therefore, the President must focus on improving the lives of Ghanaians by giving employment to people.

Many people disagreed with her comments while others came in her defense.

Yvonne Nelson, a Ghanaian actress, said that she would go on a protest against Akufo-Addo for letting down the expectations of Ghanaian people. Read more on The Legendary Yvonne Nelson