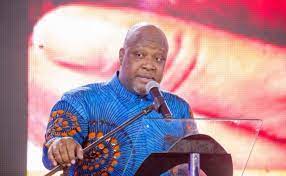 NDC activist has accused top journalist Sefa Kayi for being greedy following updates of NPP to the board of the National Authority NPA. The journalist has been insulted by the members of NDC who feel the ban of his show has been right. “He has been rewarded with the appointment on the board of the National Petroleum Authority. The question is, what is his expertise in the area of petroleum? Is there any wonder that he tried to use his show to humiliate Sammy Gyamfi? Doesn’t the decision of the NDC to Boycott his show to make sense now,” he questioned.

Abdul Hameed said that Sefa has been acquisitive behind the microphone and has been using his show to attack NDC because he was expecting favors from NPP. “In 2016 this man sent journalists across the country to count the number of E-blocks built by the Mahama government. He used this morning show to run down the NDC government declaring it a failure for building 123 out of the promised 200 E-blocks.”

“Today he doesn’t want to know how many factories have been built as promised in 1 district, 1 factory. He is not interested in the number of hospitals built as part of the promise to build 88 hospitals across the country. He is no longer interested in holding the Akufo-Addo government accountable on the number of dams built as part of 1 village, 1 dam. You know why? Because he didn’t do what he did under Mahama because he had Ghana at heart. These were mercenaries behind the microphone parading as neutral,” Abdul Hameed stated.