NDC will launch its manifesto on Aug 31 – Sammy Gyamfi 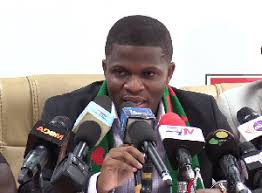 NDC communications officer Sammy Gyamfi has said that the party will launch its manifesto on 31st Aug. According to Gyamfi: “Our manifesto launch will be held on the 31st August and it will be held in Accra.”

Sammy Gyamfi added that those who claimed that the NDC manifesto was not ready were just lying because it had been presented weeks ago to be launched. Most of the policies in the manifesto have been revealed by John Mahama how the party’s flag bearer is. The former president has already said that he will invest heavily in infrastructure and will also legalize okada.