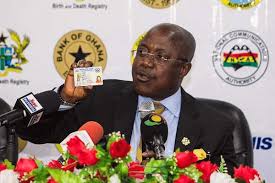 Roseline Selorm Klu, a native of Ashaiman in the Greater Accra district, is suspected to be among six recruits who died in the Bono, Ahafo, Bono East Upper East, and Upper West regions in the latter part of 2019 as a result of severe illness.

Four males and two females have passed away allegedly from malaria and through the consumption of contaminated food and water, a 7th victim is said to have passed away from a motorbike accident.

A 26-year-old woman’s family who lost her life after being recruited for her current Ghana Card registration exercise by the National Identification Authority (NIA) has accused the authorities of negligence.

The deceased’s brother, Alfred Klu, told Citi News that the family believes the girl might have fallen ill as the recruits were made to live in poor conditions.

“The NIA sent my sister and other recruits to Bono region. There was a shortage of food and water. They didn’t get any proper place to sleep. And as a consequence of this, my sister died.”

But the NIA has denied the allegations.

ACI Francis Palmedeti, the Head of Corporate Affairs of the NIA stated,

“The NIA will not discuss details characterizing the loss of our personnel in public out of respect for the families of our departed colleagues, but vehemently objects to the assertion that their demise was as a result of negligence on the part of the NIA. The NIA will not shirk any obligation towards the bereaved families if the findings lead to any such conclusion”.

What is the Ghana Card? read more here… https://www.theghanahit.com/ashanti-region-to-begin-ghana-card-registration-on-dec-11th/

Dr. Ibrahim Anyars named one of the top CEOs in Ghana