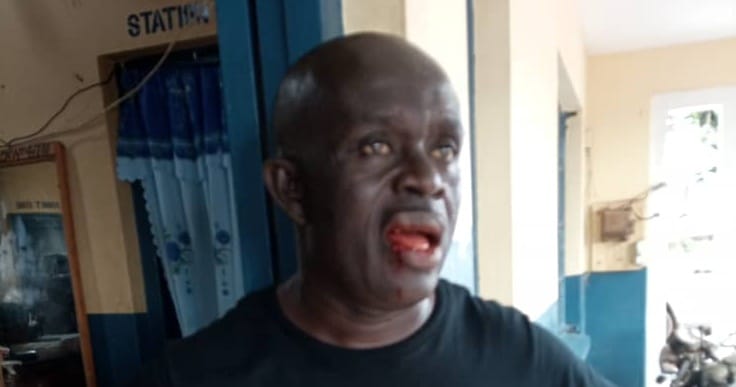 NPP aspirant Kwame Adom Appiah of the Effiduase Constituency was beaten for attempting to run away with the electoral album on a voting center. The professional lawyer found himself in the hands of the police beat him leaving him with a bleeding lip.

However, narrating the ordeal the aspirant said that he was picked up in front of agents after his agent found some anomalies and raised an alarm. He noted that his agent was also picked up by police and beaten up. He concluded by saying that they were arrested so that the results can favor another candidate.

3 babies recover from coronavirus at Nkawkaw