Our aim was not to kill protestors at Ejura – Ghana Military 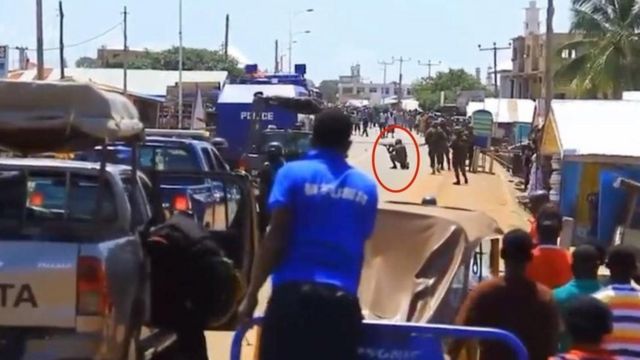 The Ghana armed forces have stated that the shooting that led to the killing of two people following protests at Ejura was unfortunate. The military spokesperson noted that they did not go to Ejura to kill people.

According to Lt Col Kwasi Ware, the spokesperson: “There was no plan to kill anyone during the Ejura disturbance. The aim was not to kill, and it was just unfortunate. If the aim was to kill, then hundred people would have died.”

While answering questions about the incident, Brigadier General Josephs Aphor noted that: “My Battalion Commander called me the day of the incident that that was happening in Ejura, the indent that we all know. Then I had a call from the Chairman of REGSEC that the situation was getting out of control and that there was the need for us at Operations Calm Lives to move inside; if not, things will get out of control.

The protests in Ejura started after the death of Ibrahim Muhammed. The escalation of the protests led to the deaths of Nasir Yussuf and Murtala Mohammed. A boy aged 16 years also had his leg amputated due to gunshot wounds.