Our Boat is not Sinkable- Victoria Lebene 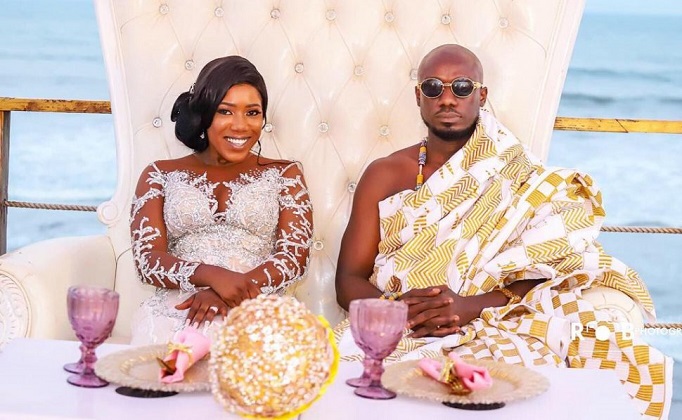 The Wife to Blogger Eugene Osafo-Nkansah, Victoria Lebene remains positive during this difficult time. Eugene has been accused of having an affair with Abena Korkor, but according to Victoria this accusation can’t shake their relationship.

“This boat is unsinkable. God is the biggest thing I’ve ever experienced in my life. He has made us Unstoppable, Unbeatable and unbroken. Today marks the best day of our marriage,” Victoria’s anniversary Caption Read.

Eugene’s anniversary post read, “Ashamed and disappointed following everything that has happened in the past few days. I’m facing the biggest public shame ever in my life, but in the Midst of the shame, the public ridicule, the insults, the trolls and the judgements, there’s only one woman who has found the courage to stand by me and doing everything as a wife. Today I proudly celebrate you Mrs. Nkansah. If this is not an Angel, then I don’t know who she is, if this is not every man’s dream then I don’t know what men want.”

The Airport Customs Division has started training their staff on the use of Artificial Knowledge to enhance operations.