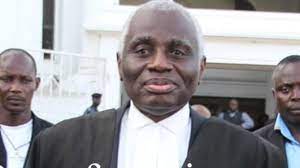 Tsatsu Tsikata says that Ghana deserves a leader who is focused on the national interest. According to him, most governments tend to implement new strategies rather than completing the works of the former governments.

He praised the Late President John Evans for being a great leader who had a national interest in any plan he made. He requested all leaders to emulate the late Mills and focus on things that benefit the country.

“I look forward to the days in this country where we can actually have leaders like president Mills who are not preoccupied with trying to prosecute and jail people from other side but say we are all in this country together, let’s see how we can enhance what has gone on before. Let’s see what happened under President Rawlings, Kufuor, Mahama should be continued. That is not really what our records show we have been doing except for the example I gave, “he stated.

Kwesi Ernest has confessed that he does not trust anyone.