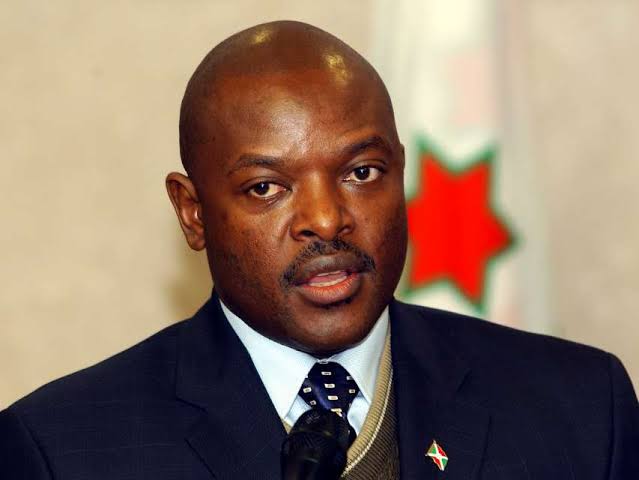 Outgoing Burundi President Pierre Nkurunziza is dead at 55. The president is said to have died at the Fiftieth Anniversary Hospital after suffering a cardiac arrest. According to the Burundi government spokesman Prosper Ntahorwamiye: “He watched a volleyball match on Saturday afternoon in Ngozi but became unwell later that night. He was rushed to hospital and by Sunday his health had improved. He was able to interact with people who were around him.”

The president’s health is said to have deteriorated on Monday afternoon. Doctors tried resuscitating with for several hours but with no avail.

While announcing the death, the president added that: “Burundi has lost a son, a President and a key figure of patriotism. He was an example to the people of Burundi as someone who respected God. I urge Burundians to remain calm and continue praying for the soul of the President.”

The Burundi government has announced that there will be seven days of mourning and all flags in the country will fly half-mast.

Nkurunziza’s wife is also admitted to the Aghakan Hospital in Kenya after contracting COVID-19. She was airlifted to Nairobi a week ago after testing positive. Upon arrival in Kenya also he bodyguards tested positive for the virus. Her condition remains unknown in the hospital. The outgoing president has been receiving a huge backlash from all over the world for doing little to stop the spread of COVID-19. For many days Burundi had remained without a COVID-19 case because they did not have test kits.

Many world leaders have mourned the outgoing wishing the family well during the trying times. Ghanaian President Nana Akufo-Addo sends his condolences noting that: “The Ghanaian people and I extend our deepest condolences to the Government and the people of Burundi, on the sad news of the death of their President, His Excellency Pierre Nkurunziza. May his soul rest in perfect peace.”