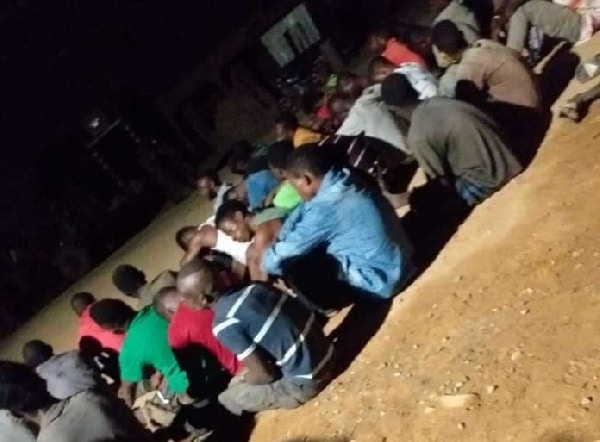 According to one of the officers: “Our work is that we give a warning shot and when they stop then their leader and our leader will sit down and talk. But this one, it didn’t happen like that. They came to us and attacked us saying that we came here voluntarily.”

The officer said that the area residents attacked them saying that they had not been assigned to that particular post. The land the officers were protecting is also under contention and therefore the people were also demonstrating the ownership of the land.

However, the residents said that they thought that the guards were there to terrorize residents. According to the resident: “Three weeks ago we heard rumors of activities on Ga lands that fall precisely under the Domeabra Obong constituency. Further investigations revealed that the presence of a team of armed land guards was working with some military personnel terrorizing the communities, claiming the Akyem stool sent them.”

The arrested people will be arraigned in court. In the meantime, the injured military officers are receiving treatment as further investigations are being conducted.