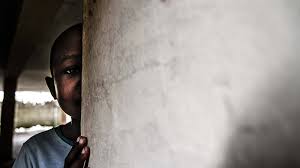 The Nkoranza Police Commander arrested Pastor Boakye Gideon on Wednesday, January 13, 2021, for killing his daughter. According to the latest reports, the pastor concealed her daughter’s body in a bag and secretly buried it at Nkoranza cemetery.

The Uncle of the dead girl revealed that the girl has been living at her mother’s place from the time she was born. “Her father came for his daughter in June 2020 to stay with him in Accra to spend holidays due to the closure of the schools as a result of Coronavirus pandemic. In November Pastor Gideon Boakye told us his daughter confessed to him that she is a witch and that we the family members including her mother gave her the Witchcraft. He told us due to that, he won’t allow her daughter to come to her mother’s side again. Though her mother was pained by the allegations, there was nothing we could do about it because he is the father.”

“He blocked the conversation between us and his daughter. On December 25, 2020, he informed us that, his daughter was nowhere to be found when they came to Nkoranza for the Christmas holidays but he failed to even report the cases to the police. It was the deceased’s grandfather who joined us to report the case to the Nkoranza Police because we were confused about the disappearance of my niece,” the deceased’s Uncle revealed.