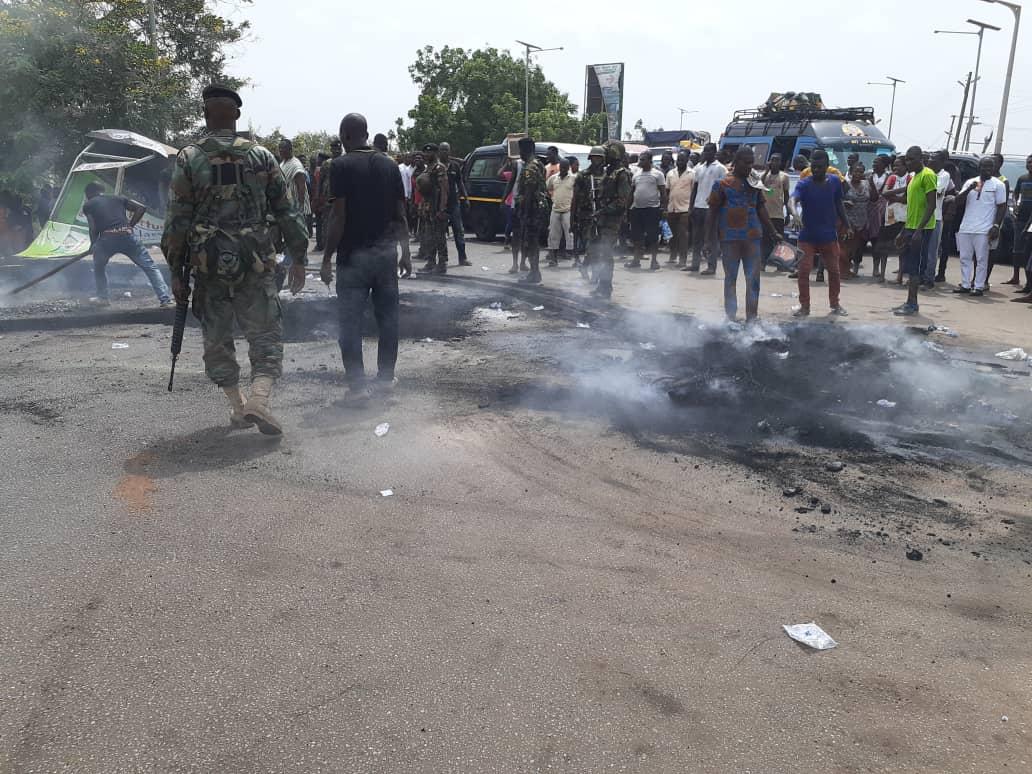 Police officers were attacked by some youth who were partying in the Savannah Region. The youth from Edipe were dancing to loud music and were not maintaining the social distancing rules. When the police officers approached them, over 100 youths started throwing stones at them. One of the officers has badly injured in the neck and is currently receiving treatment at the Salaga Government Hospital.

Salaga Divisional Commander Amos Yeliso said that they were stills looking for the youth. He maintained that three of them had already been arrested and were in police custody. During the arrest, an unregistered motorbike and several musical instruments were also seized. Two of those arrested pleaded guilty and are waiting for sentencing.