President Akufo-Addo Closes all schools and bans all gatherings 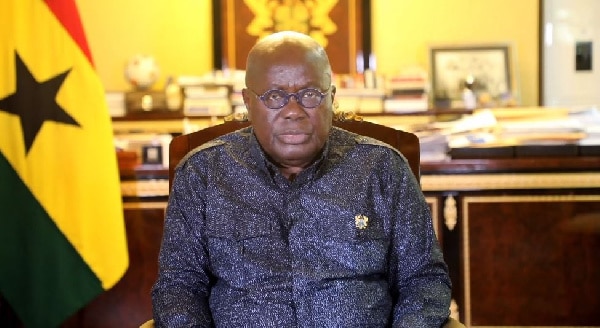 Ghana president Akufo-Addo has ordered the closure of all schools from March 16, 2020. The president gave the orders while addressing the nation on the preparedness of Ghana on Coronavirus. According to the president, all Universities, high schools, primary schools, and all other schools will remain closed until further notice. He went on to task the ministry of education to start a distance-learning program.

Ban on all gatherings

President Akufo-Addo went ahead to ban all gatherings including workshops, conferences, political rallies, festivals, and church activities. The ban will remain effective for the next 4 weeks. According to the president:

“I have decided in the interest of public safety and the protection of our population to review the public gathering advisories earlier announced as follows. Firstly, all public gatherings including conferences, workshops, funerals, festivals, political rallies, sporting events and religious activities, such as services in churches and mosques, have been suspended for the next four (4) weeks. Private burials are permitted, but with limited numbers, not exceeding twenty-five (25) in attendance.”

You will not win elections by sitting at home – John Dumelo

[…] my friends in Italy died yesterday. I have to hold her mum here all day. Her only son died from the Coronavirus. It’s not easy to lose your only child abroad […]

[…] against coronavirus. Mahama went ahead to ask his former appointees to help the government fight the pandemic. Mahama in his statement asked the UN and ECOWAS to have in place enforceable ways of dealing with […]