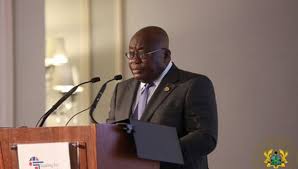 Ghanaian President Akufo-Addo has lifted ban on religious gatherings. These new orders will take effect on Friday 5th. This order has however come with strict measures. In his speech, he said that both mosques and churches will not be allowed to have more than 100 members per service. In addition, he said church members must maintain at least one-meter rule of social distancing. In addition, each service is not supposed to exceed one hour.

For you to attend either a church or a mosque you are also required to have a facemask. In addition, members who attend a service at a particular time will be registered to make it easy to contact trace in case of a positive case.

According to the president: “Religious institutions that are desirous of opening their premises to their members, such as churches, mosques, and others, must disinfect, fumigate and put in place the requisite logistics needed to guarantee safe opening and operation.

They must work with the designated, regulatory bodies and undertake test runs of the protocols I have outlined. I would appeal to them, in the case of Christians, on the first Sunday of re-opening, i.e. 7th June, in the case of the Adventists, Saturday, 6th June, and in the case of Muslims, on the first Friday, i.e. Salat Al-Jumu’ah on 5th June, to dedicate their worship to prayers for the nation in these challenging times.”

The president noted that further directives would be provided from the Ministry of Religious Affairs. Religious activities were suspended about two months ago in Ghana to contain the spread of COVID-19. The government has done much to contain the virus but the numbers have continued to rise. At the moment Ghana has 8,070 registered cases. Out of that number 2,947 have recovered fully while 36 has lost their lives. Ghana currently has 5,087 active cases.