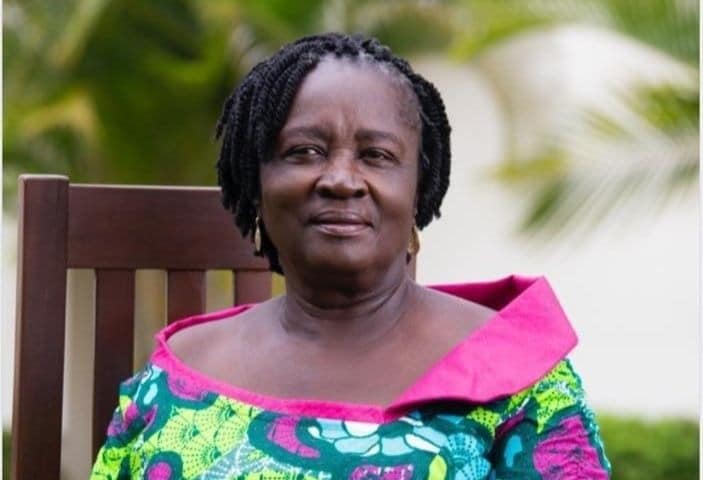 John Mahama’s running mate Prof. Naana Opuku Agyemang has condemned the killing of a 90-year-old granny accused of witchcraft. The woman was beaten to death and then lynched at Kafaba which is in the Savannah region. In a video that went viral, the granny was seen surrounded by many people and later seen been beaten by several women. One woman was seen beating her using a huge stone on the head.

Prof. Naana Opuku Agyemang through a Facebook post termed the act as barbaric and asked security officers to bring those responsible to book. According to the former minister: “My attention has been drawn to the most despicable act of lynching of a 90-year-old-woman at Kafaba in the East Gonja Municipality of the Savanna Region.

“I condemn in the strongest terms this barbaric act which has left me, like many I can imagine, deeply sad, indeed. The elderly in our society rather deserve our love and protection, not this level of unspeakable cruelty.

“Old age cannot be synonymous with witchcraft. It is time to build a fair, just, and gender-sensitive society that respects and values everyone, no matter their age. It is my expectation that the security agencies will swiftly investigate and bring the culprits to justice.

“Moving forward, I hope we shall all work together to raise the level of public education to forestall such tragic occurrences. My heartfelt condolences to the bereaved family and may the soul of this unfortunate victim rest in peace.”

The killing caused a massive outcry among government officials. Police said that investigations into the matter had started and soon all the people involved in the killing will be arrested and charged in a court of law. They asked civilians to stop taking laws into their hands but use law enforcement agencies to air their grievances.

75 SHS students from the Western Region test positive for coronavirus

Cultural and Historical Tour in Ghana

How to show respect in Ghana

The significance of Emancipation in Ghanaian Culture

A Tourists’ guide to All Ghanaian Dishes