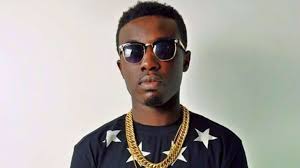 Kwaku Addai commonly known as Criss waddle, a young Ghanaian rapper, and CEO of AMG business, has stated that he does not have any intentions competing for any political position in the future.

Criss Waddle’s fans were very delighted, during the weekend when news went viral that the rapper had plans for contesting for MP at Tema Central on the ticket of the CPP.

His Outfit however dismissed the rumors, adding that the rapper has no political aspirations of running for a position.

Besides, the press release stated that Criss has no connection with neither CPP nor any other political party, hence requested the general public to ignore any request of monetary support from everyone behind the false scheme.

The rapper tweeted: “Oh my brother @drpoundsofficial This is a lie, I wonder who took time to do this? I don’t even have political ambitions as we speak, arguably people hate to see me enjoy my peace of mind.”

Prophet Kumchacha vows to marry a prostitute in his second life