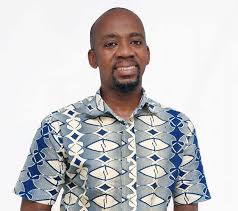 Skilled artiste, Rex Omar in an interview criticized individuals who are overly judgemental of artistes addicted to drugs.

Rex Omar said that it only takes the grace of God for musicians to remain clear of drugs.

During, an interview with Happy 98.9 FM’s Doctar Cann on ‘Showbiz Xtra’ is when Rex Omar stated this.

“A lot of artistes are tricked into doing drugs by the labels they work with. In most cases, they’re tricked into these things and that was the level I got to until I left. It was only by the Grace of God,” Rex Omar said.

Record labels sign musicians all the time and because these musicians are eager for success, their labels use that eagerness to mislead them to drugs.

The artiste revealed that after musicians gain international approval, they perform on all the big stages and the recurrent performances drain them.

“Because they’re passionate about success, they want to play till the end. And when their managers see this, they start to hook them on drugs to enhance their performance and help them overcome fatigue. After taking the drugs continually, they get hooked to it.”

He instructed music lovers to stop speaking and judging artistes from the outside when they do not know what is happening in their private lives.

Besides, the President of Ghana Music Rights Organisation (GHAMRO) confessed that some musicians already did drugs before venturing into the music scene. “But we should separate their professional life from their private life.”

To some extent, some European musicians have drug pledge in their contracts when they come for shows, the artiste noted.

“I don’t take weed and I have no problem with anyone who uses weed. We are too judgemental. Someone drinks tea and another also take weed. What moral right do you have to judge these individuals?” Rex queried.