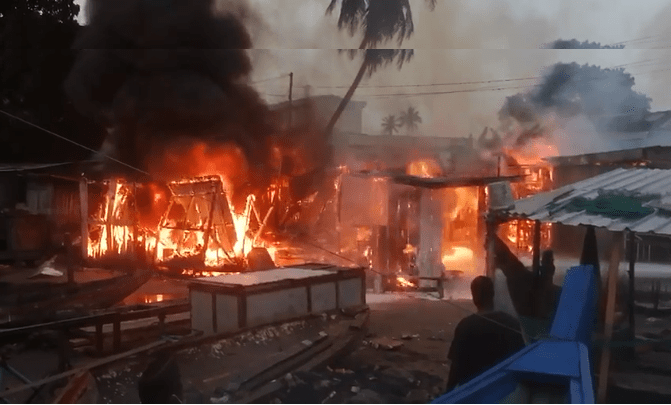 The fire broke at Sekondi Landing Beach near Sekondi Naval Base at 17:00hours on Thursday and it lasted for one hour and 48 minutes. To end the fire 6 fire tenders were used. Ghana National Fire Service supplied three fire claps, both Ghana Navy and Ghana Air Force gave them one, and the other was from Ghana Port and the Harbours Fire Service

While reporting on the incident Western Regional PRO of the Ghana National Fire Service, said that DOIII Emmanuel Bonney, who caused the fire was transferring fuel from one container to another.