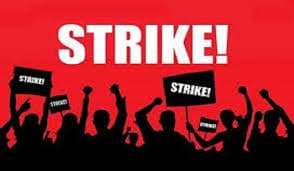 While addressing members of the press, the National President of the Senior Staff of Universities Association Abdul Majid has confirmed that Members of the association will today on Monday the 19th of October lay down their tools. Majid has gone further setting the record that clear the Senior Staff of Universities’ strike will serve as a reminder demanding for the payment of their second-tier pension arrears which accrued between the years 2010 and 2016 as well as pushing for the payment of their premium market.

“Pursuant to the ultimatum which was copied to the National Labor Commission and the government insensitivity to our plight, we hereby declare a redraw of our services with effect from Monday, 19 October 2020. All members of the senior staff association universities of Ghana are required to lay down their tools and hoist red flags across all campuses.”
Abdul Majid declared.

According to Majid, the 4500-member association’s efforts to demand payment of their dues proved futile. The decision to call on the Senior Staff of Universities’ strike was arrived at after the government had declined to honor a 21-day ultimatum issued by the association through the Ministry of Education urging the government to pay their members.

“We’ve tried on several occasions to draw the government’s attention through appropriate agencies such as the Ministry of Education, National Council for Tertiary Education to unfavorable policies responsible for the deteriorating condition of service of senior staff. These include study leave with pay, appointments, and promotions, medical care for staff and their dependents, etc. All attempts by the national leadership to get the government to address the above-stated concerns have proved futile.” The association’s president revealed.