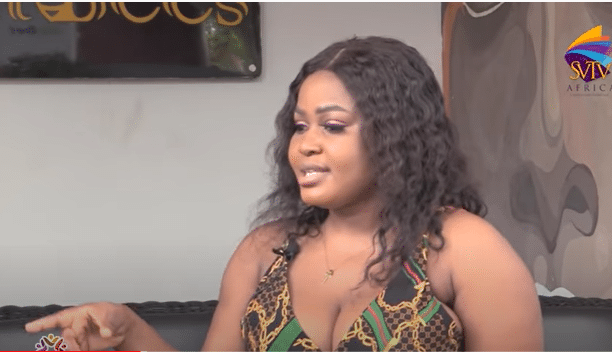 Ruby of Date Rush, revealed that money and sex usually make her life complete. According to her, these two things make her happy in life. Currently, Ruby is not in any relationship but she is hoping to get into one very soon, she is also healing from her former toxic relationship.

While speaking during an interview, Ruby said that whenever she has sufficient money to spend and good sex, her life is very complete. “I don’t feel okay when I don’t have money. I get moody as well. Also, good sex. Sometimes when you mention sex people tend to think you are bad but it is not that. It is important and it makes you feel good and relaxed,” Ruby stated.

Ruby also revealed the kind of man that she wants to marry. According to her, given a chance she will choose a tall and handsome man. The complexion does not matter to her but it is a must that the guy has money. “I can’t date a student or a guy who just started working. It must be a guy who has worked for a while, has a car, home, and can be comfortable.”

Asiedu Nketia has disclosed why he refused to contest for speakership Position for the 8th parliament.