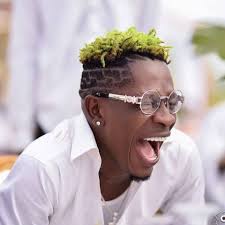 Shatta Wale on March 19 distributed 1000 sanitizers to his fans. Wale said that his fans had done so much for him and that it was his turn to remember them. He said that he would be distributing more sanitizers soon. According to the star:

“Thank God. First 1000 hand sanitizers out. So far as I know, these fans made me get here and in times like this I have to be there for them too!!!”

Shatta has also organized an online concert for his fans which will be streamed on Youtube as they self-quarantine. He urged his fans to keep the faith and that a solution would be found.