Spiritualist who masterminded the killing of 90-year-old woman arrested 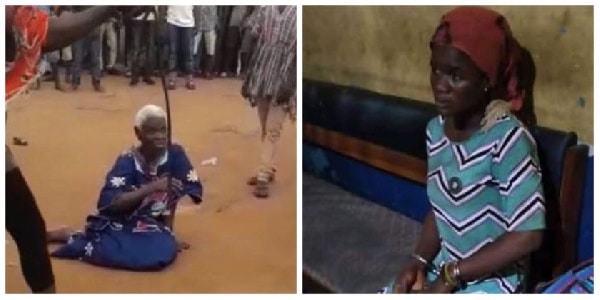 The Ghana police have arrested a 40-year-old spiritualist identified as Sherina Mohammed who accused 90-year-old Akua Denteh of witchcraft leading to her killing in Kafaba. The woman was arrested in her hideout at a place called Yeji. The police announced that the spiritualist was currently in their custody.

90-year-old Denteh was killed and lynched on the 23rd of July after Sherina accused her of witchcraft. She was accused of using her supernatural powers to stop the growth of the town. 6 other suspects who participated in the killing of the woman are already in remand waiting to appear in court. Denteh will be buried on the 5th of August 2020.

Mahama has registred for the new voters’ ID card