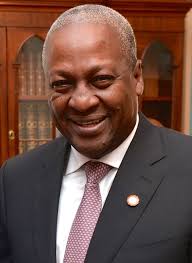 The Supreme Court on Tuesday, January 26, Ordered John Mahama to file his witness’s statements and arguments before the end of Wednesday as they had agreed on January 20th. Today the court did not conduct any of its motions, following Mahama’s failure to compile what they had agreed on. Besides, the court said that they are disappointed with the conduct of John Mahama and cautioned him to adhere to the given deadline, or else they will take the required actions.

Meanwhile the first and the second respondents had already compiled their statements as agreed. The next hearing is scheduled to take place on Thursday, January 28.

Evangelist Papa Shee claims that the people criticizing him are shallow-minded.