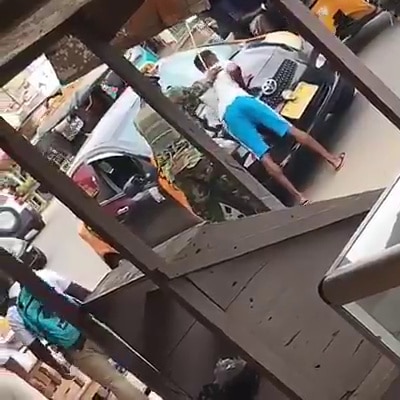 The military man told him to lie on his car bonnet before he started flogging him. The taxi man tried pleading with the man in uniform but his excuse was never listened to.

Everyone in Ghana is required to wear a facemask. Failure to follow the provided protocols attracts a fine Of GHc 10,000 or 10 years in prison.