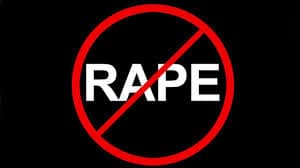 A mathematics teacher from Sawla senior school has been fired by the Ghana Education Service for raping one of his female students. In a letter signed by Prof. Kwasi Opoku-Amankwa, the General Director of the Ghana Education Service, Mr. Ernest Ocloo was dismissed for sexual misconduct. Ocloo is accused of having a habit of harassing female students. In the past, the teacher has admitted to taking a female student to his room even though he denied the sexual harassment accusations.

“Mr. Ernest Ocloo has been involved in sexual misconduct with several female students of Sawla Senior High School. He admitted to having sexual intercourse with a female student in the staff common room on the 11th of November, 2019 and claimed it was consensual. By recent practice and precedent, such misconduct is punishable with termination of appointment. Management therefore recommends that the appointment of Mr. Ernest Ocloo should be terminated in line with section 63(iii) (b)(vi) page 86 as contained the code of conduct for Teachers and other workers of the Ghana Education Service…” Read part of the letter.

Ghana’s passport office has been closed down

[…] before Nana Sekyi found it. After it was taken, it was immediately switched off. The suspect is in custody as police are conducting further […]