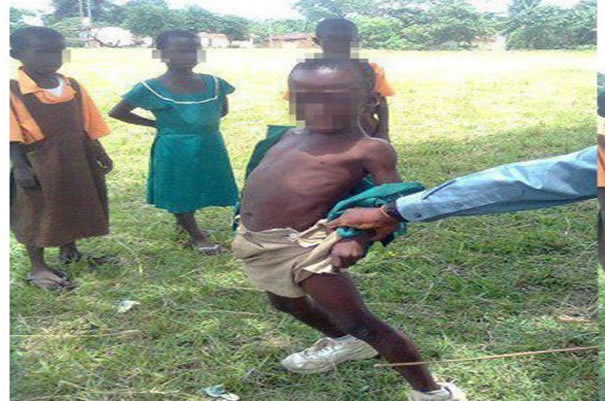 A Nigerian teacher from Ekiugbo Grammar School is said to have beaten a student to death. The student who was identified as Kelvin Ogheneogaga is said to have been confirmed dead on arrival at the hospital. An eye witness explaining the ordeal noted that:

“We were begging the teacher not to flog him because Kelvin was not too fine but the teacher refused. Kelvin had an injury in his leg before he was flogged; we do not know if the flogging was what led to his death.”

The incident attracted demonstrations from students who went ahead to destroy the principal’s office. In a statement, the police acknowledged the incident stating that:

“There was a protest by students of Ekiugbo Grammar School, Ekiugbo, in Ughelli over the death of one Kelvin Ogheneogaga, who was said to have been flogged to death by a teacher.”

The suspect is now in police custody as an investigation is being conducted.

You will not win elections by sitting at home – John Dumelo