Teams to be charged for Using Accra Sports Stadium 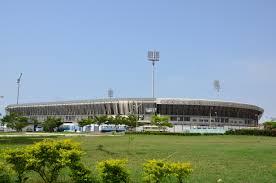 In a statement signed by Prof. Peter Twumasi, the Director-General for the National Sports Authority (NSA), Ghana Premier League teams will be charged for using the Accra Sports Stadium. The decision to charge teams for using the Accra Sports Stadium will see teams pay for their 2020/2021 football season matches costs based on the categories they have been placed in.

The announcement on charging teams for using Accra Sports Stadium clearly stated that; category A matches will stick to the already existing sharing formula while categories B and C home matches to pay ¢20,000.00 and ¢15,000.00 respectively per game. The statement further indicated that Category C matches comprise all the matches in division one and any other special match.