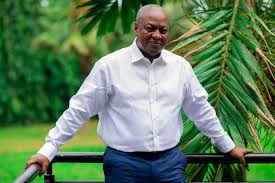 John Mahama the presidential candidate for NDC has stated that the level of corruption under the current government doesn’t surprise the citizens of Ghana anymore. Speaking during an interview, Mr. Mahama said the president has left the citizens speechless. He emphasized that the defunct Power Distribution Services was a “strange creature” and a strategy for corruption.

“When they came, they saw an avenue to make money for the family. You can hear Gabby [Otchere Darko’s] voice negotiating shareholding in PDS.”

“We are too shocked by the corruption of the Akufo-Addo administration that nothing shocks us anymore so now when huge amounts of corruption happen, people don’t have the energy to talk about it again,” Mr. Mahama said.

Besides, the NDC candidate “PDS has taken some of the Electricity Company’s revenues, more than GHS200 million, and put int in the commercial bank here and that money is earning interest and we need to ask then who the interest is going to”.