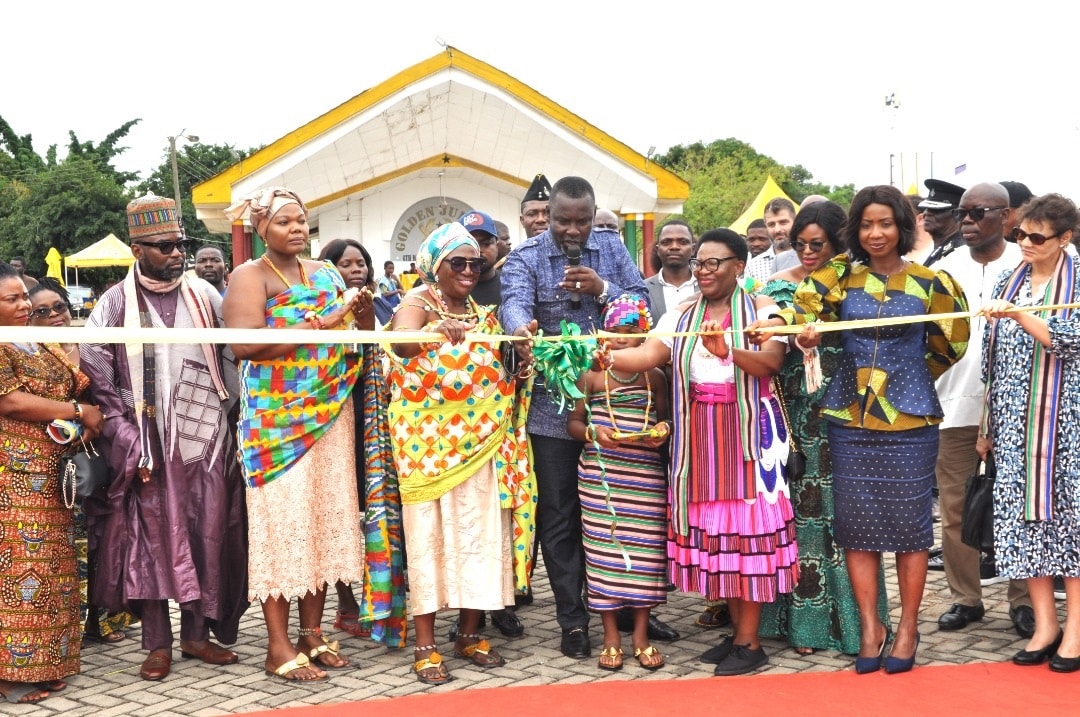 The Ho Expo 2022 kicked off on Monday, August 29, 2022, at Ho Jubilee Park in the Volta region. Operation clean Your frontage, JGA Walk With MCE, and many others, are some of the key activities held in preparation for the official launch. This is the third day since the Expo was officially launched, and it is doing well. The maiden Ho Expo 22 is on the theme ‘Leveraging on Agri-Technology and Agri-Business to promote Growth and Development.’ It is the first-ever fair planned by the Ho Municipal Assembly under the sponsorships of the Municipal Chief Executive Dive Richard Komla Bosson. It is a two weeks business event aimed at promoting tourism in the municipality, real estate, and agribusiness. The organizers anticipated receiving lots of visitors like corporate entities, private businesses, and other entities.

The Ho Municipal Maiden event concedes with the celebration of the Yam Festival. All the perceived significant activities before the official conclusion of the event on 11th September overlap with the Ho Expo 22. The several meetings held before the official launch of the event of Ho Municipal Assembly were to affirm that everything was in order. Mr. Divine Richard Komla Bosson, Municipal Chief Executive of Ho Municipal Assembly in the Volta Region, revealed that the Ho Expo is made to create opportunities in various market sectors; and anyone can participate.

During the last meeting, Hon. Divine Basson requested comprehensive teamwork support to ensure that the Assembly achieves a notable event. He revealed that the Exim Bank was ready to support all exporters getting products from other parts of the world with the required money and technical help. Besides, the Bank is full-prepared to offer support to farmers interested in greenhouse farming in the metropolis.

Dr. Mahamudu Bawumia, the vice president of Ghana was the chief guest during the official opening of the expo on August 29, 2022. This event is anticipated to boost overall business performance across the country. The event has clear and concise procedures and plans to promote tourism and the Oxygen city idea of the local town. The organizers and sponsors of ‘expo 22’affirms that event was held at the right time when Ghana is still experiencing economic problems and anticipates overcoming them.

They revealed that the Municipality had already been endowed with some tourism resources such as Takla Crocodile Pond, the Ancient War Cave at Kleve, Gravesites of German Governors, Vadzidzi Waterfalls at Kleppe, and many more. Although the Expo had a target of more than two hundred exhibitors across the whole nation, only two hundred exhibitors had already registered.

According to Hon. Divine Basson’s profits and benefits that will be reaped from this event will be used to build the “500 Steps Oxygen City Project”. The construction is reserved to take place at the historical mountain in the Municipality where the home of one of the German Deputy Governors is situated, the Galen Quito Mountain. Bosson said, “In the days of old, there was something called School Farm where every school had a farm from preschool to secondary. So why can’t we have a similar thing so that schools can sell it to the government to be used to feed them, or to be used to cushion them when that of the government delays”.

He insisted that the Expo is determined to sell the Municipality to the locals and the international community to encourage them to do business in the Municipality. Hon. Divine Basson revealed that there are so many investment opportunities available in the real estate sector due to its significant housing deficit.