The most prominent Reality Shows in the Last Two Decades 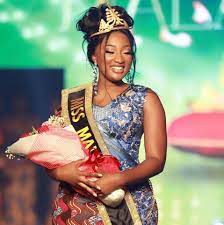 Despite the fame of Reality shows in Ghana, there are only a few shows that turned out to be very prominent. These shows include;

Date Rush was an interesting reality show that was aired in 2020. It is among the most famous shows in Ghana, although it does not significantly impact the community. The show involves choosing a life partner. Although the show has a large audience ranging from youth to middle class to seniors, most of its participants are young ladies and men. It is so interesting to watch it, and therefore the number of viewers and frequent trending habits on social media.

Miss Malaika Ghana was a beauty reality show that was famous among the young educated university ladies. It featured vibrant and robust young people. The reality show had the largest number of followers on most social media platforms compared to other reality shows. Miss Malaika’s show has the most loyal fans and followers. Most of the participants and also the winners did not work to participate in other public events and functions that could make them build their brand and fame but rather disappear from the public after their victory.

It is one of the most famous reality shows in Ghana. The show had a large audience with a high viewership score. Talented Kids Show indicated the significance of being keen to develop kids’ talents. Most African parents could not recognize their children’s talents, and therefore they end up abandoning their talents. Most parents in Ghana started recognizing their children’s talents and were willing to nurture them to positively impact society and grow.

Some of the Talented Kids stars acquired national and international appreciation. The 2017 season was one of the most exciting shows, and Erica Armah Bra emerged as the winner. Erica launched the Bill and Melinda Gates Foundation’s annual Goalkeeper’s event in New York City. Besides, Erica also won the best Discovery of the Year in 2018 and the Best Dj of the Year in 2019 at the Ghana Dj Awards.

Ghana’s most beautiful reality show attained public attention in 2007. It was the first show to recognize and productively train several Ghanaian traditions across the various Ghanaian ethnic groups in a procession. The show exceeded the entertainment reactions by inviting traditional leaders to participate.

The show attracted a large audience. Most of Ghana’s beautiful show participants start developmental projects in their localities, and this helps attain more fame and attention from the community. The massive success of this particular show motivated content creators to come up with other similar shows and involve traditionally focused beauty processions.

The MTN Hitmaker is a music reality show that is usually aired every year. The show has nurtured many prominent musicians who are doing well in the music industry. It is a prominent show that has a distinctive way of growing a wide fan base. Most participants do not win but have so far been able to influence the chance to become regional and national stars. KiDi, Kuami Eugene, Mr. Drew, and Fred Rhymz are among the musicians who grew from this MTN reality show, and right now, they are award-winning artists. Besides, this reality show has featured famous judges such as Richie Mensah, Zapp Mallet, Mark Okraku Mantey, and Stonebwoy.

The success of reality shows is based on various factors such as the number of viewers, social media trends, public following, and popularity. The positive influence of the reality show on the immediate society also determines its success. Besides, the achievements of winners after indicate the show’s success.

A Trip to the Amazing Ada Island