The Reason you should Explore the Christianborg Castle 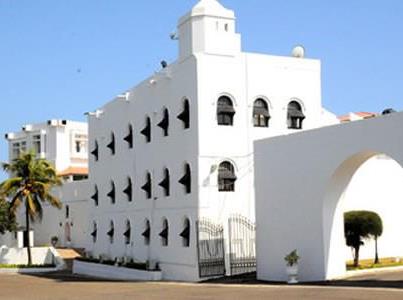 The Christianborg Castle is also known as the Fort Christiansborg or Osu Castle. It is a significant castle constructed in the 17th century along the seashores of Osu town in Accra. Christianborg Castle is a large fort constructed by Danes, Denmark, Norway, Portugal, the Akwamu, and Britain. The castle was reconstructed several times after Ghana gained its independence. It is one of the most distinctive castles in Ghana, and it served as a parliament in Ghana until the government was transferred to the Jubilee House.

Christianborg Castle is one of the World Heritage Site designated by UNESCO. As part of Ghana’s 60th-anniversary heritage project in 2017, Osu Castle was renewed into a Presidential Museum. It is a state-of-the-art museum that houses presidential objects, presidential papers, presidential replicas. Besides, other private belongings of former leaders such as books, artworks, and clothing are displayed here as a way of acknowledging and remembering their excellent work.

The castle is usually open on Fridays from 9.00 am to 4.00 pm, but sometimes it might be closed because the castle is a security site up to date. International nobles such as Queen Elizabeth II, Richard Nixon, Bill Clinton, Barrack Obama have made several historical visits to this distinctive Castle in Ghana. There are several exciting activities to do during a historical visit to this castle. Most tourists enjoy the memorable sights like the credential rooms used by the ex-British leaders and other Ghanaian presidents, the slave cells, the pathway to the Door of No Return, a water reserve, and the chapel that was occasionally used as an Anglican Church.

The Danish government obtained the castle from a senior chief, Okaikoi of the Ga cultural group, for only 3200 gold florins. The Danes constructed a stone fort in 1659 at this site as a substitute for the earthen lodge that the Swedish African Company had created in 1700. They called it Christianborg after the Denmark King, Christian IV, who died in 1648. Christiansborg means Christian Fortress, according to the Danes. The Danish Commander for the Christiansborg fort was assassinated in 1679 during a rebellion.

Greeks took over, but they sold the fort to a Portuguese governor of Sao Tome. The Portuguese renamed it St.Francis Xavier and added a Roman Catholic chapel. After occupying this fort for four years, unsuccessful business deals and trade forced the Portuguese government to sell the fort back to the Danes in 1683.

The Danes originally traded gold and later started exporting enslaved people. The success of these two businesses imposed the extension of the castle, the castles increased, and it occupied a larger space. The elimination of the slave trade by Denmark in 1803 contributed to the fall of the Denmark trade; therefore, they sold the castle to Britain in 1850. The British government started ruling the castle in 1876 but later abandoned it from 1890 to 1901. The castle served as a law enforcement site during its abandonment years before it was converted to the Ghanaian president’s office.

Christianborg castle’s strategic location was a great advantage for the success of international businesses success. It was very easy and convenient for the James Lighthouse to recognize ships arriving at the coastal region to regulate them. Both enslaved people and Goods were kept in the arriving ships ready to be transported to foreign countries. The enslaved people stayed in cells at the end of the castle; they were transported through the Door of No Return to the arriving ships.

Tourists enjoy seeing all the pictures of prominent Ghanaians and Pan-Africanist like Efua T. Sutherland and Azumah Nelson displayed on the walls of the castle. Tourists are granted the chance of taking pictures of castles town, including the fishing boats, extensive gardens, and the attractive coastal region. Tourists are able to access the car park and pathway around the gardens during their visit to the castle.

The Unacceptable Behavior in Ghana during a Vacation

Why You Should Explore Northern Ghana