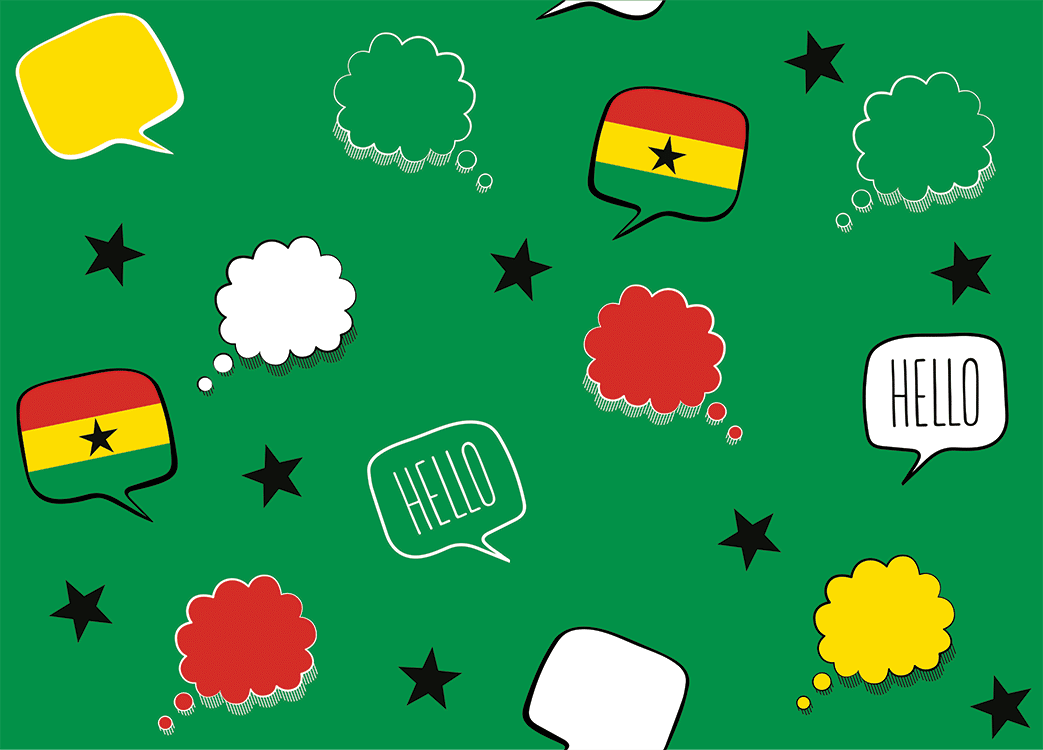 Ghana is a diverse country with about 80 spoken languages.  These are the Top 5 languages spoken in Ghana:

This is because Ghana has more than seventy ethnic groups with each ethnic group having their own ethnic language. Of the eighty, the top is English which was inherited from the Colonial Era, and it’s also the official language. English has about 9,800,000 speakers in Ghana.

Other than English here are the top 5 spoken indigenous languages in Ghana.

Akan is the most common and most spoken language in Ghana. The Akan language has several languages in it but only three are recognized which include Akuapen Twi, Fante and Asante Twi. All the inner languages in the Akan are consolidated to form the Akan language. Akan has about 9,100,000 speakers in Ghana. Example of words: Akwaaba – welcome, M’adamfo – friend, Eti sen – How are you? And Wot din de sen which means what is your name?.

The Ewe language is another popular indigenous language in Ghana which originated from the Niger-congo family and part of the Volta-Niger branch. The Ewe language is also spoken in the other three countries which include Nigeria, Benin, and Togo. Word example, Nkowode – what is your name? and Fika netso – Where are you from?.

Dangme is another huge ethnic language spoken by the Dagombas who live in the Northern part of Ghana. The Dagbani is part of the Gur languages and is also spoken in Burkina Faso. It forms the third language ethnic group in Ghana. Example of words M’ba – Father, M’ma – Mom.

Dagaare is another popular language and part of the Gur Languages. Dagaare is widely spoken in the upper west part of Ghana and is also very popular in Burkina Faso.

Ga is a language of the Kwa branch which is very popular in the south-eastern part of Ghana. It is also spoken around the capital city of Ghana Accra. Example of Ga words, Ataa – Father, Awo – Mother.